Sydney based band The Ticklers were a 4 piece ensemble made up of violin, saxophone/clarinet, sousaphone, guitar, drums, junk percussion, toys and vocals fronted by horn player Neill Duncan (Jew’s Brothers/Darth Vegas/Six Volts) and violinist Daniel Weltlinger (Lulo Reinhardt/Monsieur Camembert/The Asthmatix.) They were renowned for almost a decade for their kooky arrangements of many Swing and Klezmer classics. Performance highlights of The Ticklers over the years included regular appearances at the Big Laugh Comedy Festival, “Sleepless City” with aerial circus theatre troupe Aerialise, Woodford Folk Festival and even the Cole Classic Swimming Championship amongst countless other appearances at festivals, bar mitzvahs and pubs around the country.

In late 2012 Neill Duncan was diagnosed with cancer and in an effort to fight the spread of a sarcoma tragically had to have his left arm amputated. Being the truly amazing human being he is and a pure musician with a real zest for life Neill bravely carryied on and today is in proud possession of a one armed saxophone that was built for him by specialist Maarten Visser in the Netherlands. The production of this CD came about as a direct result of this tragedy with the specific aim of documenting a series of never released recordings of this seminal band. 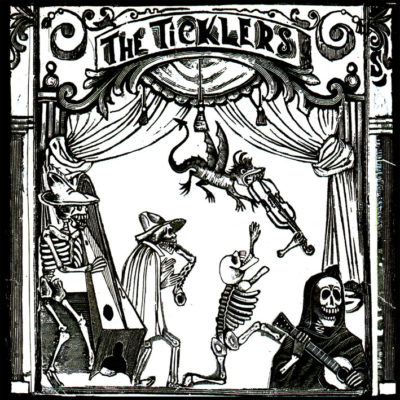