‘Szolnok’ is an album that was recorded with and traces in music the true story of Daniel Weltlinger’s grandfather’s violin from Szolnok, that was carried by foot from Hungary to France between 1920-1922. The violin was literally carried across the entire globe – from Budapest to Vienna to Marseilles to Casablanca to Sydney to Berlin – and the album consists of a mix of original material mixing jazz, classical, folk and free improvised music influences as well as songs that Weltlinger’s grandfather played on the violin. The Szolnok album follows the historical line of this instrument and it’s whereabouts until the present day, and represents a story about time, continuity and most importantly about moving forward. It is a story for the ages. 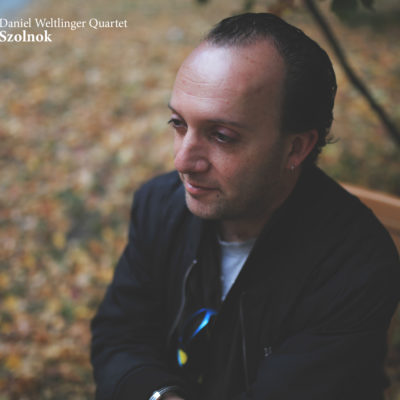 ‘This is the one he’s been working towards. This is the one where the violin sound flows from the speakers like thickened cream; where the programmatic ideas and the purely musical ones are in complete accord. Weltlinger and his German quartet skip so lightly between idioms, that whether landing on a waltz rooted in the European tradition or a swing jazz tune, they achieve a miraculous weightlessness..’