Rino van Hooijdonk is one of the rare masters in the pure Django style who learned directly from the source. He would ride his bicycle to the camp in Neunen as a young man to study with Sani Rosenberg (father of renowned guitarist Nousche Rosenberg from the Rosenberg Trio), and formed a band with Stochelo Rosenberg and Nousche Rosenberg which performed live all throughout the Netherlands. He went on to play in what many Dutchmen remember as Dutch Gypsy-guitar legend Fapy Lafertin’s most swinging band, with the great French clarinetist Jean Francois Bonnel. After recording his debut album in 2013, Rino had the idea to record a new album, using 2 violins in place of the clarinets that Django had during the 1940s, and the Rino Van Hooijdonk Quintette was born featuring Daniel Weltinger (violin), Joanna Gardner (violin, viola), Niels Tausk( bass) and Nick Sansone (guitar). 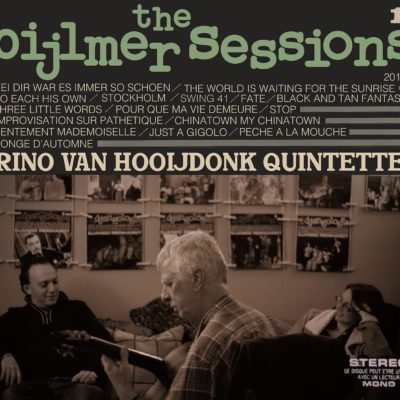 “Among the Gypsies, it is rather rare to find a guitarist in whose music one can consistently conceive a clear sense of Django’s hertiage. Rino’s playing is not an acedemic copy of Django’s solos. It is a willful succession of freely improvised lines and phrases, using all the material of Django that Rino finds beautiful and exciting. There are very few players that manage to reproduce with such success, the fills and accompaniments with the healthy, unforced and resounding strength as Django’s must have been.”